The readers of my blog know already my thoughts about nutrition and sports. This week will give Christine Vardaros insights in her thoughts about sport and nutrition. She is a cyclecross rider for Stevens Cycling Team.

1. Do you follow a specific diet for your sport?
“I Follow a completely plant-based diet which means nothing from an animal – no milk, no eggs, no meat, no fish, no honey.”

“I originally began with this diet for sport performance reasons. It surely works well for that. Shortly after I switched to this way of eating, I leaned all about the consequences of my actions on the animals (who are tortured their whole lives until they suffer their eventual death) and on the environment.  Did you know that animal consumption has, by far, the largest effect on destroying the environment than any other factor?”

4. How do you keep your diet during traveling?
“Sometimes it is indeed difficult, especially when traveling to countries like France where they believe a vegan diet consists only of baguettes and green beans. The only food I will sometimes travel with is oats (haver) for my pre-race breakfast if I will not have time to go to the store before race day.  Otherwise, I can always find everything I need at any market around the world.”

5. What do you eat before races/games?
“For breakfast (if the race is late in the day) I will usually have bread and jam. For pre-race meal 3 hours before the race I have oatmeal made with water, raisins, brown sugar and an apple.  Before hard trainings sometimes I will skip the oatmeal and have a couple of peanut butter and jelly sandwiches instead. It is an American thing.”

6. What do you eat during races/training?
“During training I usually eat BOOOM energy bars (performance marzipan bars) and sometimes dried fruit. In racing, I eat BOOOM bars and gels.”

7. Wat do you eat after races/training?
“As soon as possible after a race or a very hard training, I will have a recovery drink made of simple sugars and a pinch of protein powder.  And within an hour or so, I will have a big carbohydrate-heavy food like pasta, rice or bread.  After easier trainings, I will usually skip the recovery drink and go directly to solid food.”

8. Do you think your way of eating is difficult?
“In the beginning I thought it was difficult, partly because I wasn’t sure if it would work for performance enhancement. There wasn’t so much information out there on vegan athletes at that time.  Once I was sure then it was easy.  Now we have many vegan athletes such as Serena and Venus Williams, also Billy Jean King of course, multiple Olympic gold winner Carl Lewis, the strongest man in the world, and a bunch of others.”

9. What do you think about the influence of food on your sport results?
“I am 100% sure that I would not have represented my country at World Championships a few times and won many races including a few UCI races over the years if it weren’t for my diet.”

10. What is your favorite recipe/product which you want to share with the readers of Bioteaful?
“The easiest simplest recipe – and possibly the tastiest – is made with bananas.  Ingredients: frozen bananas  Directions: Stick them in blender (or blend with hand blender) Instant ice cream!  I also add coconut flakes to mine as well as other frozen fruit like cherries, mangos, pineapple, etc. ”

10. Do you have advice how people can handle their diet/ food restrictions?

“Be committed to it. (For instance, I am strict with my diet because I now do it for the animals.)  This will make it easier to stick to. Then come up with easy foods/recipes so you will always be prepared.”

Christine, Thanks for answering those questions! Good luck with your sports career. 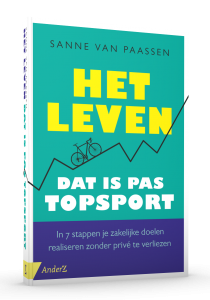 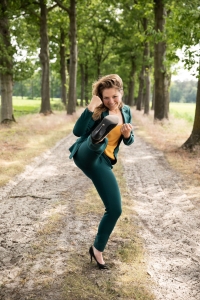 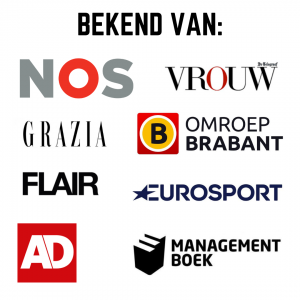 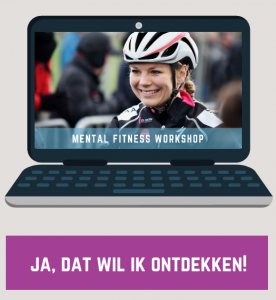